WEST MELBOURNE — Gary Howell wanted to be one of the first users of the new section of St. Johns Heritage Parkway when it opened Thursday morning.

Howell got his wish, zipping along the 3.1-mile stretch on his 1969 Honda 350 motorcycle, just as the new section of the parkway opened at 9 a.m.

"It wasn't necessarily important to be the first," said Howell a Palm Bay resident. "It's just about coming out to celebrate the opening."

Thursday's opening of the latest segment comes about 2 1/2 years after  Palm Bay officials opened the first 2.5-mile stretch of the St. Johns Heritage Parkway, which goes from Malabar Road northward to Emerson Drive.

The new segment of the parkway links Emerson Drive with U.S. 192, creating an alternate route for Minton Road commuters headed to and from Palm Bay, West Melbourne, Melbourne and unincorporated Brevard County.

About 50 people, mainly officials from Brevard County and the cities of Palm Bay and West Melbourne, held a small ceremony on the side of the parkway, just south of U.S. 192 to note the opening of the new segment.

"There have been a lot of people over the years that have brought us to this day," said Brevard County Commissioner Kristine Isnardi, whose District 5 includes the parkway.

Isnardi also is a former Palm Bay City Council member who was involved with the parkway's progress over the years.

The new 45-mph parkway segment cost $12.5 million, and construction was managed by Brevard County. Thousands of feet of leaking stormwater pipes plagued the project, which was supposed to open to traffic by mid-April. Engineers determined the leaks were caused by a manufacturing issue, and the subsequent underground pipe repairs have a 25-year warranty.

"I look forward to the path north," Isnardi said.

​[Excerpt from webpage - click here to visit full website for more information about the new I95 Interchange connecting the St John's Heritage Parkway & Ellis Rd]
​
"Welcome to the official website for the Interstate 95 (I-95) Interchange / Ellis Road Project Development and Environment (PD&E) Study. A PD&E Study is the formal process that FDOT uses to ensure that consideration is given to engineering design, project costs, environmental and social impacts, and public input in the development of major transportation projects.

The basic steps of a PD&E Study include data collection, development and analysis of the alternatives, development of project documents, and securing Location and Design Concept Approval from the Federal Highway Administration (FHWA). Public involvement is a very important part of the PD&E process, and there have been several formal opportunities during this study for the public to provide input on the project.

On October 20, 2015, the Federal Highway Administration signed the Type 2 Categorical Exclusion pertaining to the PD&E study. By signing the Type 2 Categorical Exclusion document, the Federal Highway Administration accepted the location and design concept of the selected alternative. The approved environmental reports and additional supporting documents can be viewed on the Documents and Publications page." 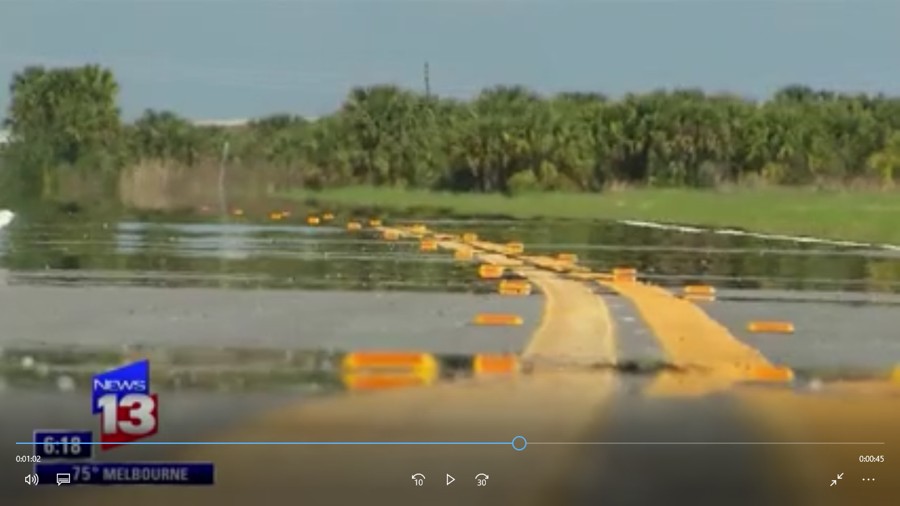 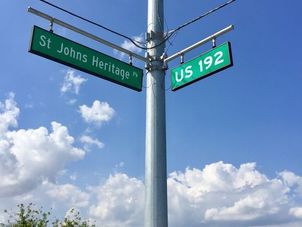 The flat ribbon of new blacktop slices southward from U.S. 192 through silent cattle pastures, stretching to the horizon just west of the roadside landmark cowboy boot at Byrd's Western Store.

Crews are wrapping up the second segment of the long-anticipated St. Johns Heritage Parkway, which will soon provide a new north-south alternative to congested Minton Road for motorists in Palm Bay, West Melbourne, Melbourne and unincorporated Brevard County.

Parkway segment opens in Palm Bay, more coming
The new segment extends 3.1 miles — the length of a 5K race — from Emerson Boulevard to U.S. 192 in West Melbourne. Construction on this section should wrap up this spring, said Don Walker, Brevard County governmental spokesman.

Work began in February 2015. ​The construction contract calls for substantial completion by April 14 and final completion by June 13. Officials added one day to the contract schedule because of Tropical Storm Erika, Walker said.

The $12.7 million project was funded via gas tax revenues, state and federal grants, and impact fees. Workers cleared and grubbed land, built a bridge, and installed concrete sidewalks and a stormwater system.

The St. Johns Heritage Parkway will eventually link with I-95 via future interchanges on Ellis Road in Melbourne and Micco Road near Grant-Valkaria. Transportation officials say the Ellis Road interchange will improve vehicular access to Orlando Melbourne International Airport. 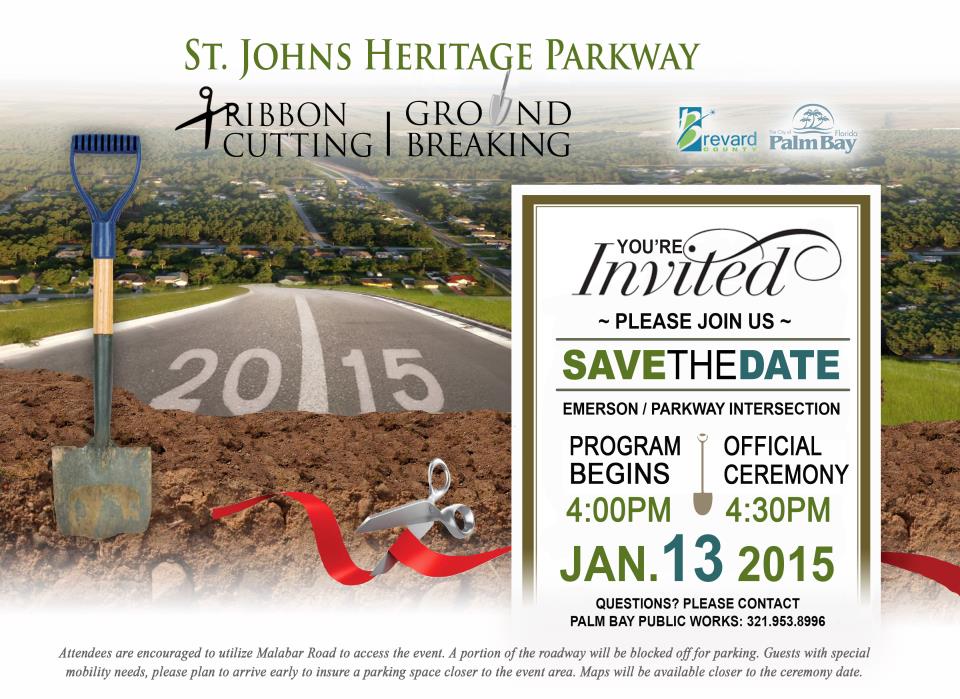 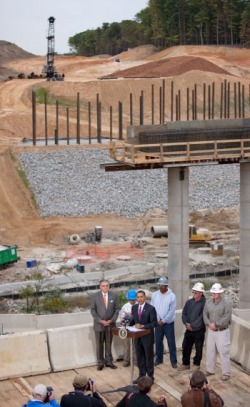 For many years, the Federal Highway Administration (FHWA) has periodically estimated the employment impacts of highway capital expenditures. For 2007, on average, a $1 billion of Federal highway expenditure supported 30,000 jobs. The employment estimate includes direct, supporting, and induced positions...read more here: 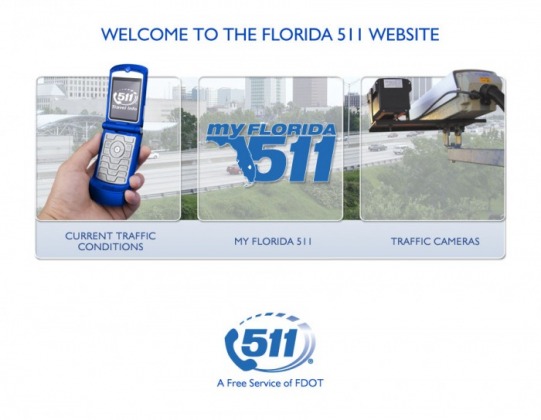 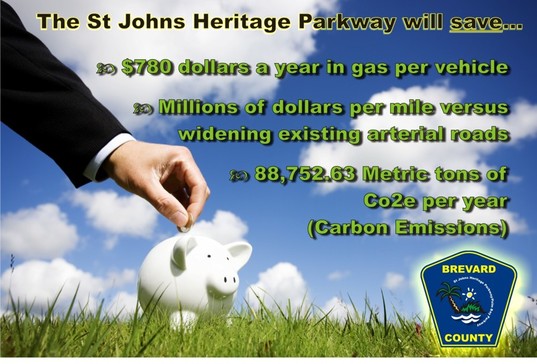 © Parkway Patriots. 2017.  This website is not affiliated with any government entity and solely provided for public information.